In our plant beginners series, Plants 101, we introduce some of our favorite plant types, explore where they come from, and share how to care for them. 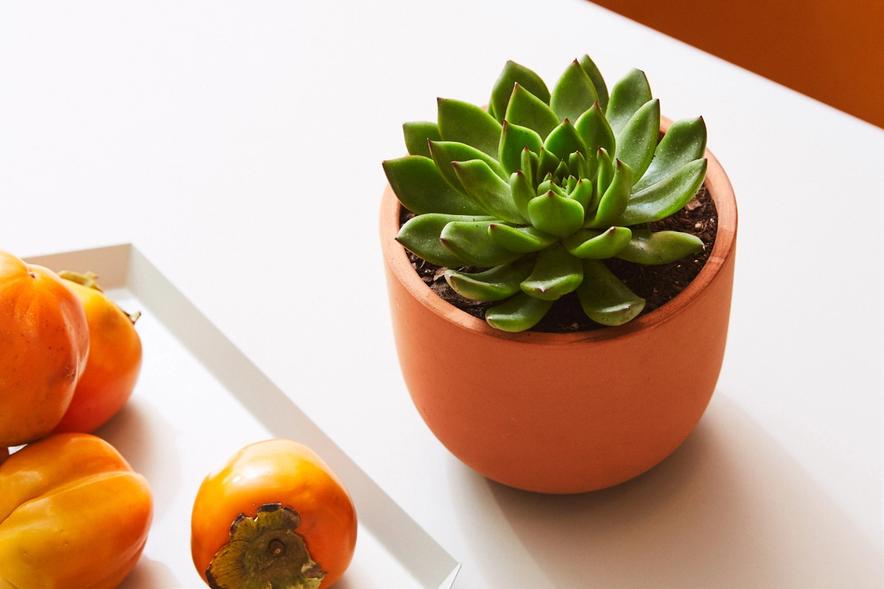 What is a succulent?

They look great on a sunny sill or side table. And, they’re real cute. All succulent plants are adapted to dry environments with full sun and no shelter. According to a NASA study, succulents have even been found to purify the air of harmful toxins. Succulents are excellent starter plants because they’re low maintenance.

Succulents (from the Latin word “succulentus,” for juice or sap) are defined by their moisture-storing capacity and come from many botanical families. Botanically-speaking, the term succulent refers to ANY plant that has evolved adaptations to survive hot arid environments. It is a term that does not refer to any specific family of plants, and, in fact, many succulent plants are not related to one another at all.

Succulents can include many structural characteristics: an epidermis with waxy cutin, thickened, fleshy leaves, an alternative mode of photosynthesis, and so on. Many plants would, by botanic definition, be considered succulent even though we do not normally think of them as such. For example, snake plants (Sansevieria) and Ponytail palms (Beaucarnea) both have different adaptations for surviving in desert conditions.

All cacti are succulents, but not all succulents are cacti. Cacti are succulents from the family Cactaceae, which only are native to the Western Hemisphere. The trait of succulence has evolved multiple times throughout plant history, each time as a response to climate shifts to more arid conditions. Other plants have evolved succulent characteristics, such as Yucca, Agave, and Aloe. 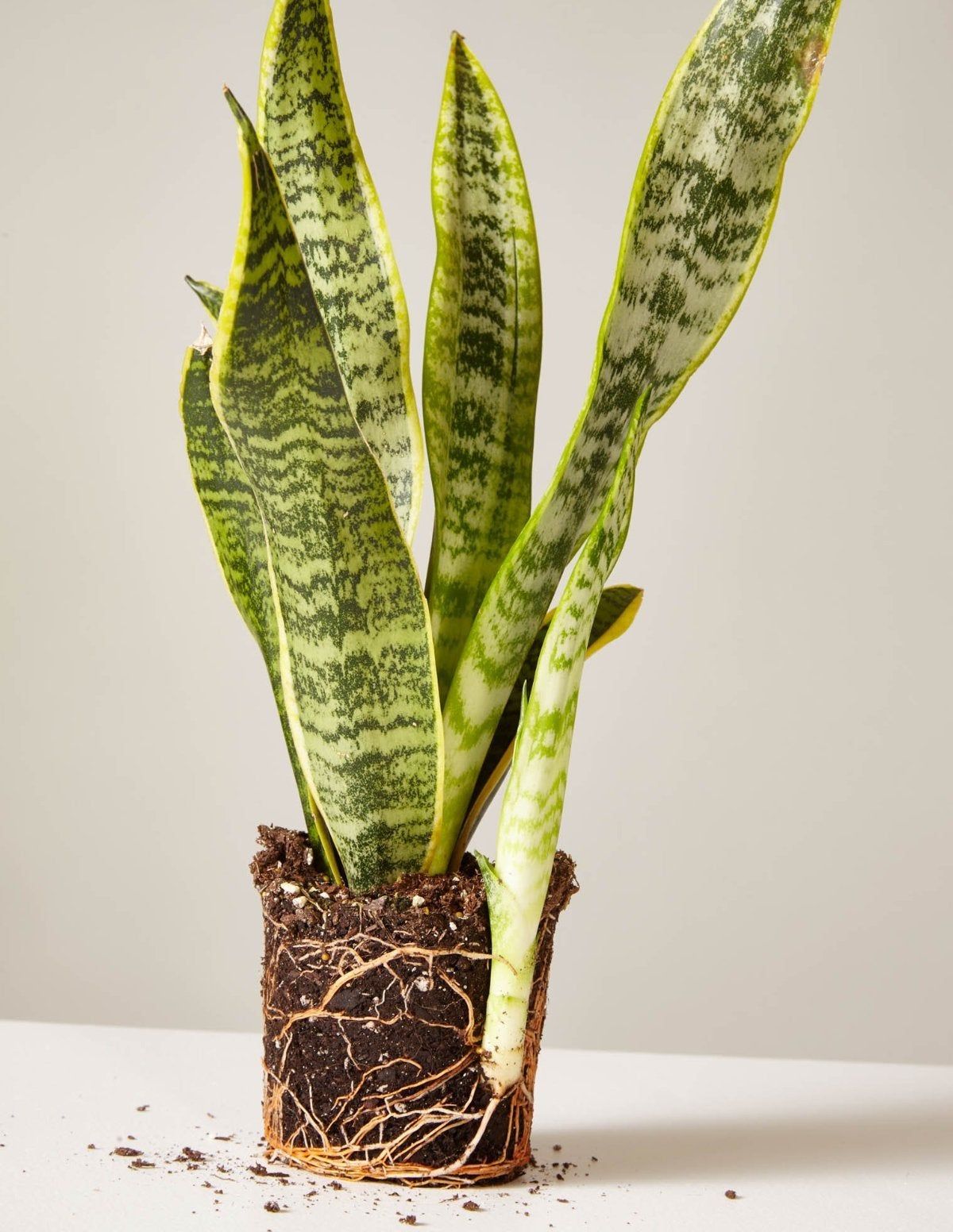 Here’s a quick guide on what succulents need and some pointers for keeping them healthy.

Size matters, but generally speaking, you can water these plants every 2-3 weeks, allowing soil to dry out between waterings. Expect to water more often in brighter light and less often in lower light. Always be sure to research watering requirements for your specific succulent. (Learn more about water requirements here)

Dependent on species. Most grow slowly, so will remain the same size, or increase in size in flushes of growth.

Succulents are generally very easy-going plants. May get scale and mealybugs. Treat scale bugs and mealybugs as soon as they appear with weekly sprays of horticultural (Neem) oil.

CAUSE: Not enough sunlight. The Succulent is trying to reach for more sun

CAUSE: Sunburn. Try to moderate the sun exposure for the plant

Do not consume. Best practice is always to keep houseplants out of reach of small children and pets. (Learn more about plant toxicity here) 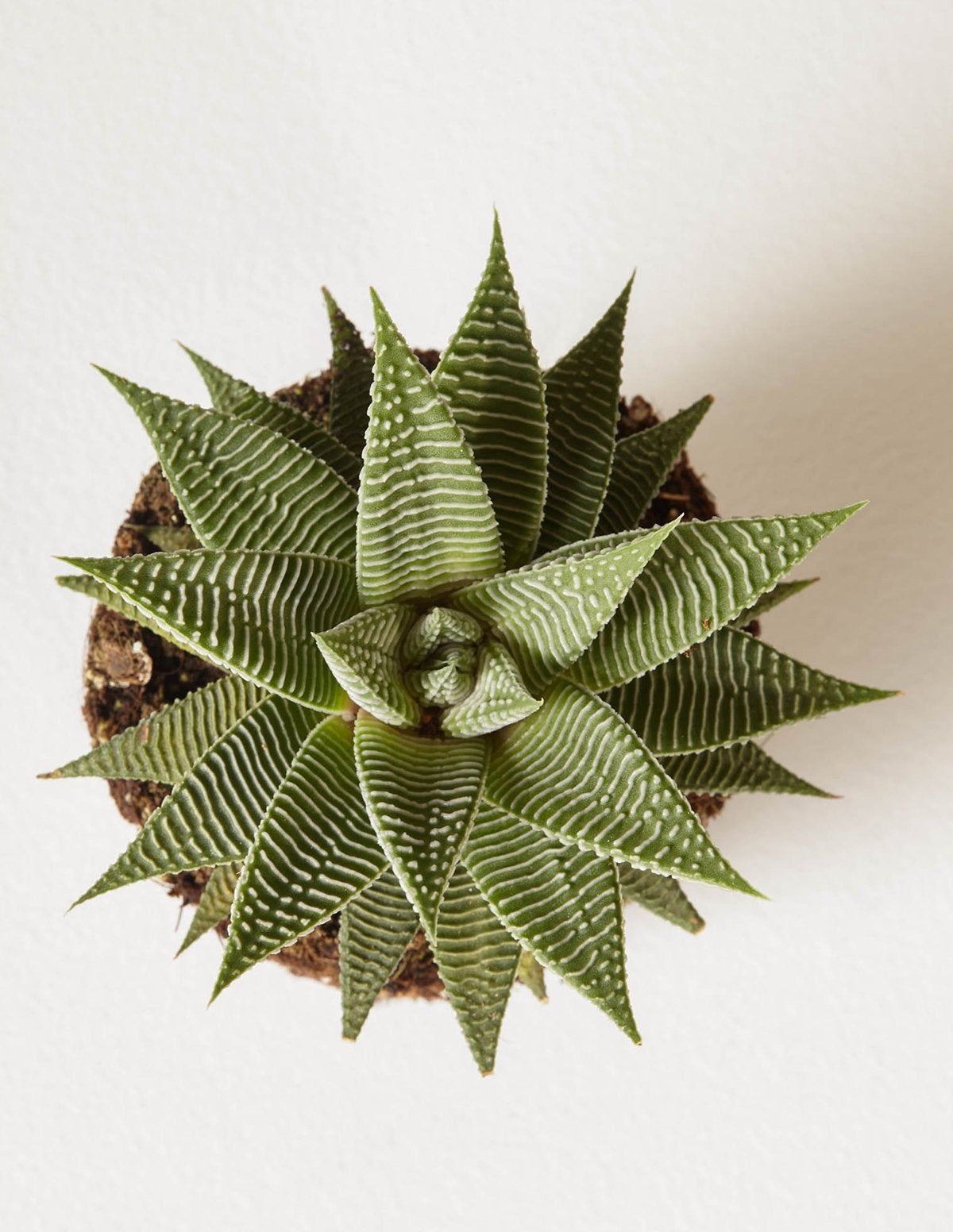 We Are Family: Types of Succulents

Let’s take a look at the families that live under the succulent roof:

The most commonly thought of and sought after family whenever one thinks of a succulent. Crassulaceae is a truly diverse family, called the stonecrop family. Plants in this family occasionally resemble stones, grow in between stones, and are resilient as...you guessed it, stones. Unlike its namesake, no plant in this family is actually farmed as a crop, but rather propagated for the horticultural and ornamental trade. Most are best and easily propagated via fallen leaves and disheveled plants or cuttings. If you think about it, they are weeds in their native environments.

Common crassulaceae include Crassula (Jade Plants), Echeveria (pictured below), Graptopetalum, Kalanchoe, Sedum, and Sempervivum—one of the few succulents native to Europe and temperate Asia. In ancient Rome, it was grown on the roofs of houses because it was observed that thunderbolts would never strike these plants, so they were thought to ward off thunderbolts, sorcery and storm damage—but also to cool houses in the hot Mediterranean summers. We now know that it’s likely that the boulders this plant grows on are the real reason why these plants were rarely struck by lightning. 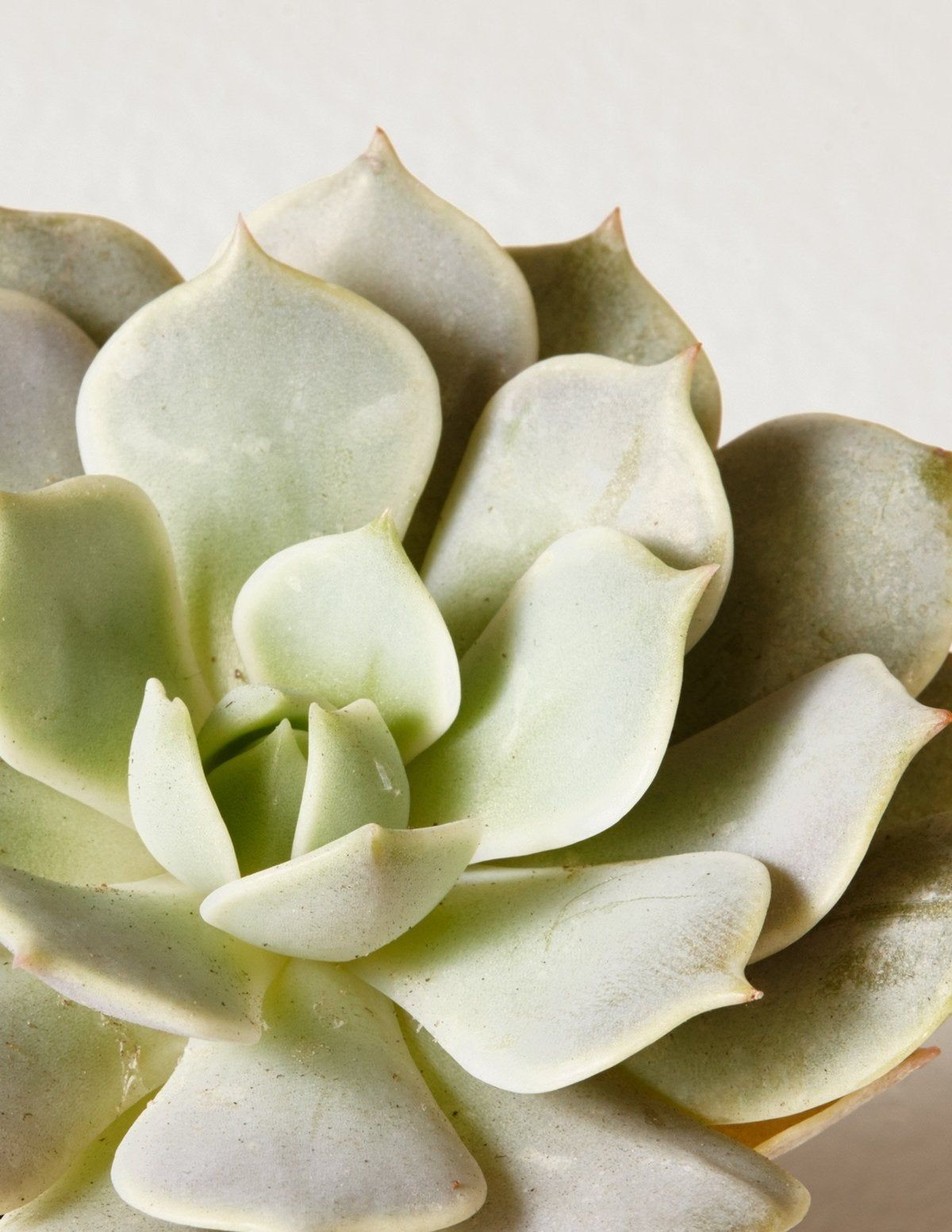 All cacti are from the same family known as Cactaceae. The family gets its name from the Greek Kaktos (κάκτος), meaning ‘spiny plant’. Cactaceae is a New World family that has evolved relatively recently in the plant world, but has diversified quite a bit. This family has evolved to be completely succulent, with a trend of modifying their leaves to form spines. The branches are reduced to structures called areoles. One of the key identifying factors of cacti is the presence of areoles, as well as multiple spines coming from those areoles. Their flowers have many stamen, which produce lots of pollen, and they are often scented as well for their flying pollinators. Most cacti flower at night and usually for only one night. Night-blooming is an adaptation that helps to conserve water. Since the window for pollination is so short, cacti rely on their short-lived flowers to attract bats, insects and birds, all of find the flowers fragrant. The goal is to attract as many pollinators as quickly as possible. Most cacti reproduce easily by seed, but can also be propagated by segments or pads.

Pereskia is a genus of plants that is a sister to the cacti and is related to the ancestor of cacti. By studying Pereskia, we can get a better grasp of how cacti have evolved so quickly and how they modified their leaves so rapidly. It turns out that Pereskia is already semi-cactus-like in that they have leaves modified into spines, but also retain a few leaves. Only a few mutations are needed to turn all the leaves into spines. Many cacti have used their resources to evolve spines and water-conserving mechanisms, so they have not evolved too many secondary metabolites that are toxic. In other words, many cacti are edible, including species of Opuntia (Prickly Pear), Stenocereus (Dragonfruit), Hylocereus (Dragonfruit), Peyote, Carnegiea (Seguaro).

Euphorbiaceae is a family of flowering plants whose ancestor was tropical in origin. This is believed to be why out of most succulents, Euphorbs have the most toxic secondary metabolites—tropical plants defend themselves by synthesizing many poisonous compounds. All euphorbs, in fact, produce a latexy sap that is highly toxic to ingest and irritating to those who have a latex allergy. They have reduced flowers and are mostly wind-pollinated. Cultivated euphorb species include those within genus Euphorbia, Croton (pictured below), and Hevaea (true rubber tree). Most reproduce easily through pups or cuttings, although through seeds is also possible. 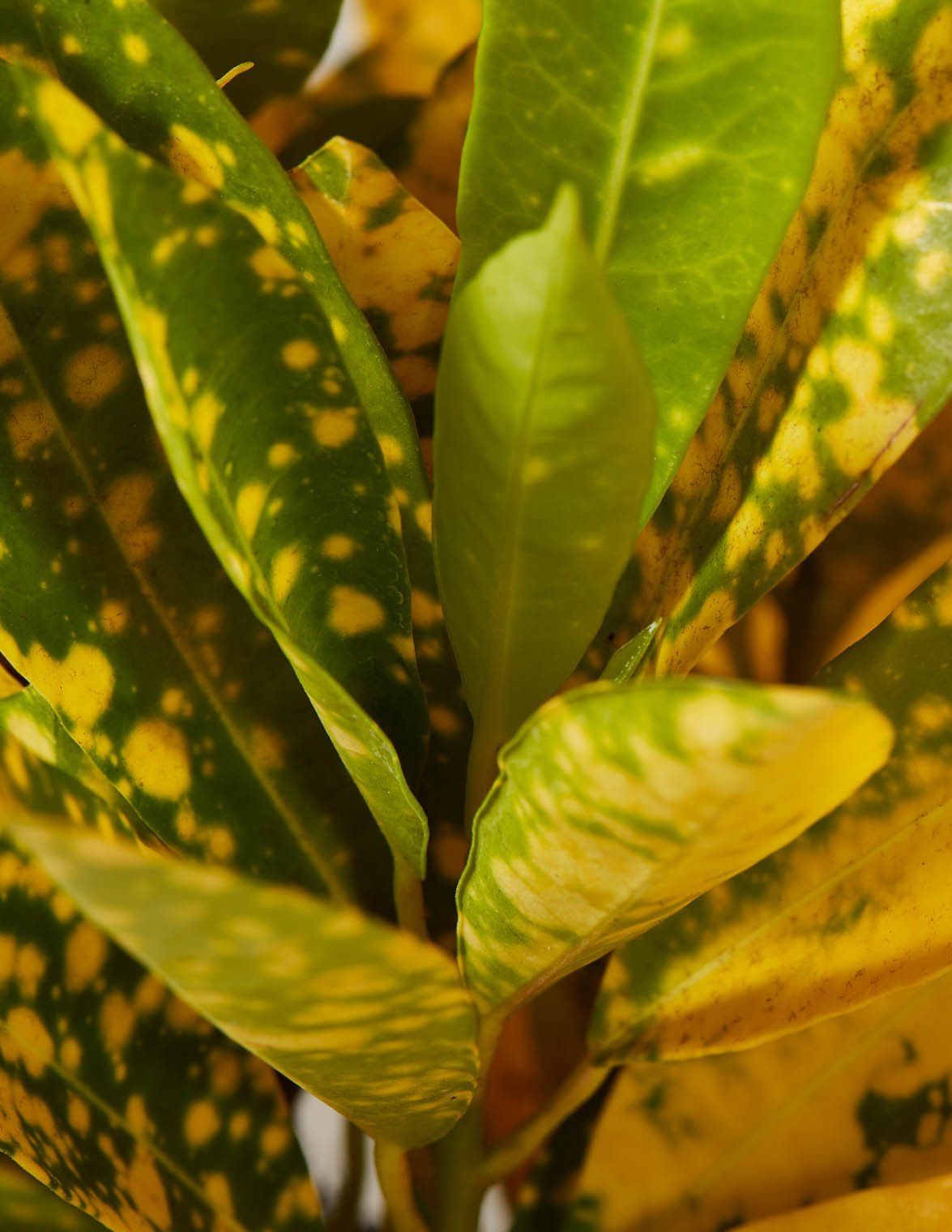 They do not form associations with animals—other than perhaps shelter—and have retained their ancestral leaves, but the more desert-dwelling species are more often deciduous, with either reduced or somewhat waxy leaves. The leaves appear in the wet season or the springtime, and dropped during the dry season, and the euphorb takes on the appearance of a cactus. Remember, true cacti do not have leaves except for Pereskia. Euphorbs appear to have spines, but they are not true spines, rather, they are modified leaf stipules which are modified projections of petioles (leaf stalks). They do not have areolas, or obvious places where new growth will come from.

Asparagoids have been, and continue to be, difficult to classify. Originally, most Asparagoids belonged to the lily family Liliaceae, as described by the French Botanist Jussieu, and loosely defined as plants with a perianth (petals & sepals) of six equal colored parts, six stamens, a superior ovary, single style, and trilocular capsule. Botanically, this is a vague description, and so Liliaceae became known as a group where basically all plants with six petals were placed.

Over the years, families of plants were parsed out, some of them being Aloaceae, Agavaceae, Asphodelaceae, Dracaenaceae, and so on. These families were reclassified again and again, as botanists really didn’t know what to do with these plants. For a while these plants were classified based on geographic and evolutionary relationships. When DNA taxonomy became prominent in the 1990’s, the Angiosperm Phylogeny Group (APG), an international group of taxonomists, decided to overhaul the entire order and solidify Asparagales as an order with Asparagaceae and Asphodelaceae.

Asparagaceae includes succulent and semi-succulent plants such as Agave, Beaucarnea (Ponytail palms), Dracaena, Hyacynthus (Hyacinths), Sansevieria (Snake Plants), and Yucca. Many are propagated by divisions (Sansevieria, Agave, Hyacynthus) or cuttings (Dracaena). Asparagaceae gets its name from Asparagus, borrowed from the Ancient Greek Asparagos (á��σπάραγος), borrowed from an earlier Persian word Asparag, which means “young shoot”. Since the vegetable asparagus is actually a young harvested shoot, this name fits. 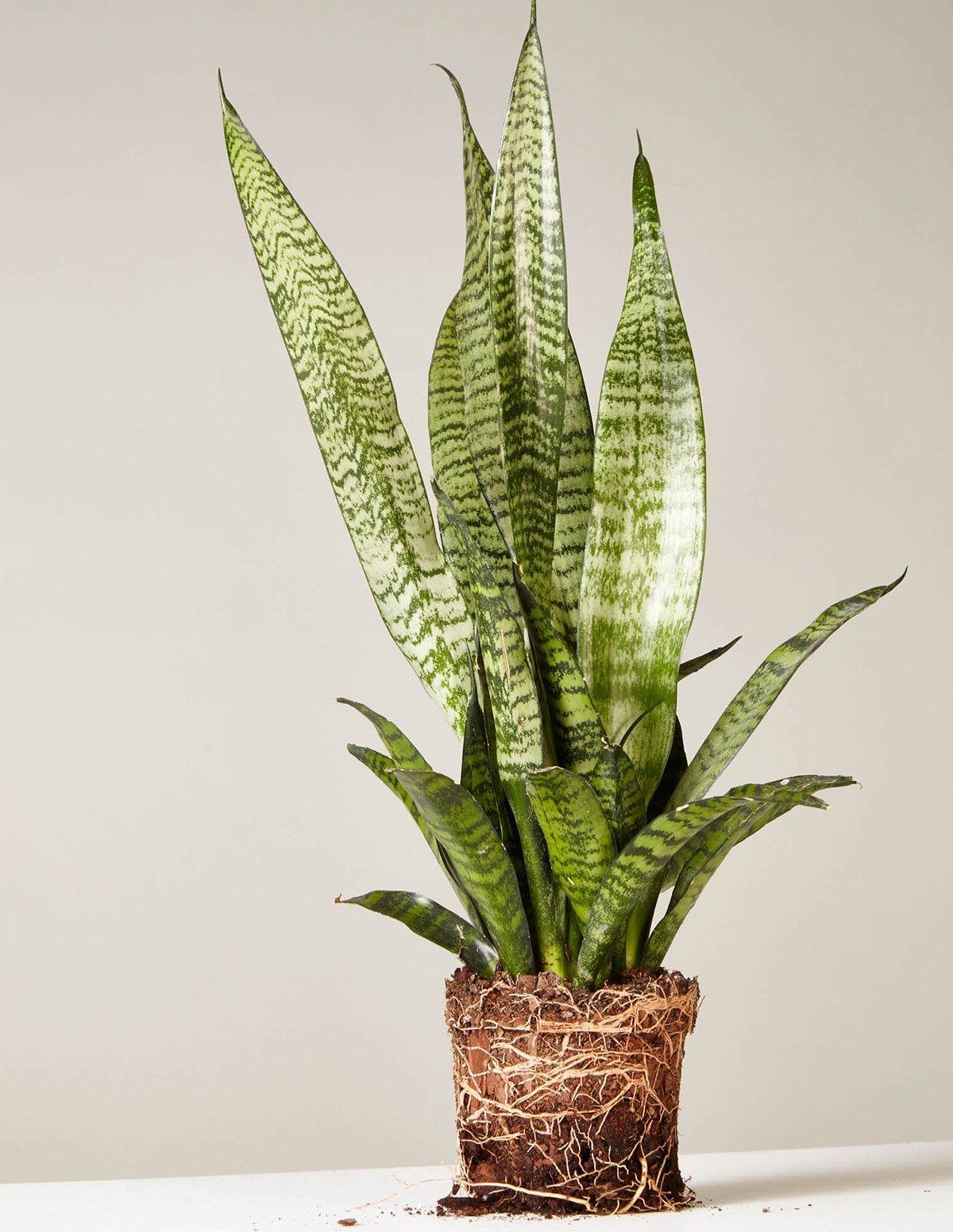 Asphodelaceae includes the succulent and semi-succulent Aloe, Gasteria, Haworthia, and Hemerocallis (Daylilies). Most are propagated by divisions as these plants tend to produce many pups or suckers, or in the case of Hemerocallis, more bulbs. Asphodelaceae gets its name from the Greek, Asphodelus which was the flower associated with the dead and the underworld. The greyish complexion and “lifeless” look of pallor green of these plants compared with other, more green plants made them the perfect fit for a flower of the dead. These plants were said to grow all along the fields of the dead, and the planes of the afterlife, according to Homer, the Greek writer, although it is said that the concept of Asphodels in the afterlife is more ancient.

Keep up to date with more Plant Care Tips

Did you learn something new about caring for succulents? We have more plant tips for you with our plant-101 care features. Learn with us to curate a better world with more healthy plants. 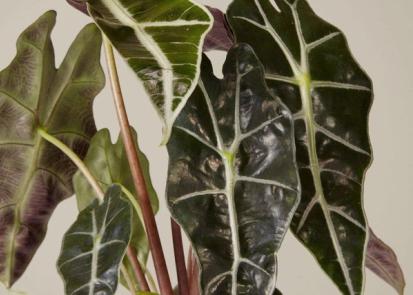 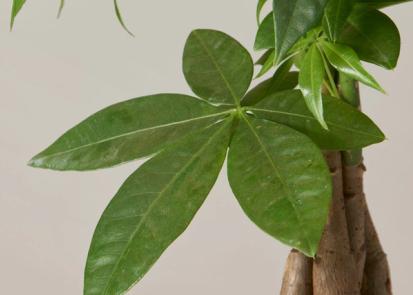 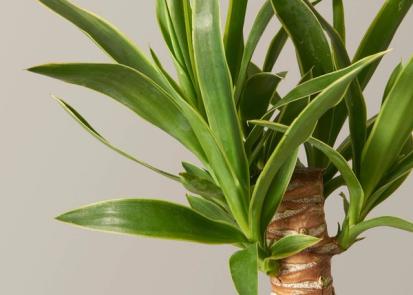 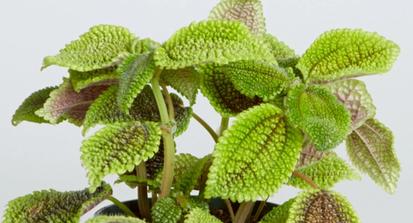 Bug Off: All About Scale 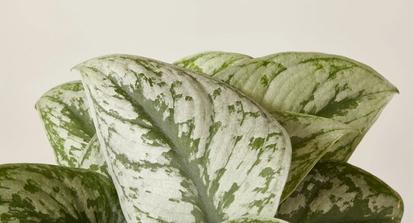